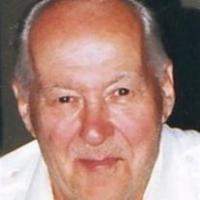 Stanley J. Panowicz, 85, of Plains, passed away on Monday in the Veterans Medical Center, Plains Township, following an illness. Born in Miners-Mills on October 28, 1926, Stanley was the son of the late Leon and Victoria Mock Panowicz. He was raised in the Hudson section of Plains and attended Plains Township schools. He joined the Navy and had served in the South Pacific Theater during World War II as a Fireman First Class on five different vessels. He was wounded and was awarded the Purple Heart among other decorations. After his service of duty, he found work in Penn Yan, New York with Comstock Canning. There he met his future bride, Lucille Mae Decker and were married in 1948. Stanley and Lucille moved to Chicago so that he could pursue a trade in Tool & Die manufacturing. During their fifty plus years in Chicago, they raised four children, Sheila, Vincent, Mary Ann and Karen. In 1991 Lucille passed away and Stanley met Maria Baron, whom he married in 2004. He fulfilled his wish to move back to Pennsylvania in 2007, so he and Maria pulled up stakes and moved to Plains. His joy was short lived when Maria died one month later. Stanley was preceded in death by two wives, the former Lucille Decker, Maria Baron; by brothers Raymond, Thomas and Bernard. Surviving are a son Vincent Panowicz, Wentzville, Missouri; daughters Sheila Bell, Hoffman Estates, Illinois; Karen Watson, Aurora, Illinois; Mary Ann Ballek, Rozelle, Illinois; grandchildren James and Heather Ballek; sisters Leona Svab and her husband Robert, Hudson; Delphine Wejkszner, Hudson; Bernadine Yencha, Wilkes-Barre; Alice Morgan and her husband Harry, Warren, New Jersey; Attorney Robert Panowicz and his wife Cheryl, Forty Fort; Joseph Panaway and his wife Mary Ann, Hanover Township; sisters-in-law Merle Panaway, Plains; Ena Panowicz, Medford, Massachusetts and many nieces and nephews. Stanley's funeral will be conducted on Monday at 9:00 a.m. from the Mark V. Yanaitis Funeral Home, 55 Stark Street, Plains, with a Mass of Christian Burial at 9:30 a.m. in Ss. Peter and Paul Church, Plains. Interment will follow with Military Honors accorded in St. Joseph Cemetery, Hudson. Friends may call on Sunday from 2 to 5, at the funeral home