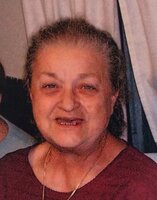 Margaret M. (Marge) Callacki, 84, of Swoyersville, passed on Monday, May 16,2022, while in the care of the Geisinger Wyoming Valley Hospital, Plains Twp. Born on September 14,1937, in Luzerne, she was the daughter of the late John and Mary Gaydos Lukasohunis. Tragically at a young age, Margaret’s mother died, causing her father to make a hard decision to place her in the Our Lady of Fatima Orphanage in Elmhurst. At the age of 18, Margaret grew into an adult and was let into the world on her own. She found employment as a paralegal in the Kingston area for three different lawyers . A short time later, she met the love of her life, Patrick Callacki, and they were married on June 14, 1958. The newlyweds relocated to Staten Island where Patrick worked and Margaret stayed home to raise their children. Over the years, Marge volunteered at her children’s school until they were ready for high school. On October 14, 1978, after 20 years together, Patrick passed unexpectedly With her family by her side, Margaret made the choice to move back to her family home on Girard Ave, in Plymouth. Marge found employment at the local Bingo Halls from Scranton, Swoyersville, and Edwardsville over the years. She was a past member of St. Mary Annunciation Church, Plymouth, and was very active in bowling with her friends. Margaret was preceded in death by her parents, loving husband of 20 years, Patrick, daughters Margaret, Mary, and son Patrick Jr. She is survived by her son Michael, Dalton; four grandchildren, seven great grandchildren, and nieces and nephews. The family would like to thank the nurses and staff of the Hospice of the Sacred Heart for the exceptional care they took of Margaret. A Funeral Service for Marge will be held on Saturday, May 21,2022, at 12:00 p.m. in the Yanaitis Funeral Home Inc., 55 Stark Street, Plains. Interment will follow with the Rite of Committal to be held in St. Mary Annunciation Cemetery, Pringle. A visitation will be held on Saturday at the funeral home from 10:00 a.m. until 12:00 p.m.