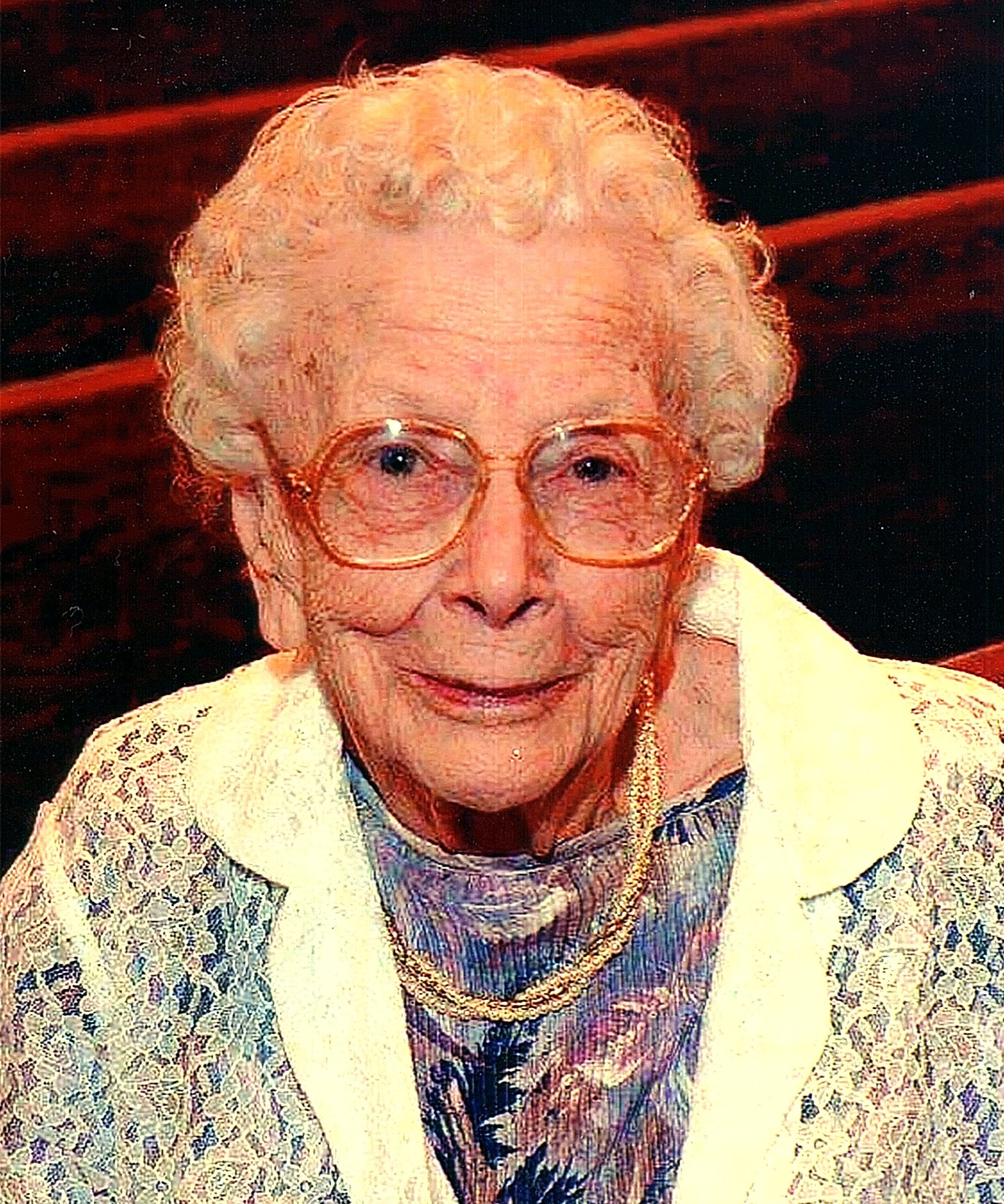 Sabina Ann Lukacinsky ,99, of Wilkes-Barre passed into the hands of her Lord on Saturday, January 4, 2020, surrounded by her loving family. Born in the Miners- Mills section of Wilkes-Barre on April 13, 1920. She was the daughter of the late Walter Dworakowski and Anna Seleski. Sabina was educated in the Wilkes-Barre area and attended James M. Coughlin. She left school and went to work as a sewing machine operator for Bob Ellen Sportswear. Sabina in a few years’ time fell in love and married John J. Lukacinsky. As a newly married couple they moved to Wilkes-Barre to start their family and raised one daughter Barbara. Sabina was dedicated to her faith and was a member of Saints Peter and Paul Church, Plains, and a past member of the church’s Altar and Rosary Society. In her spare time, she loved to crochet and knit. She is preceded in death by her loving parents; husband John; daughter Barbara Brady; son in law Donald Brady; sisters Alberta Weksner, Mildred DiGiovenni, and Dorothy Macieski; brothers Edward and John Seleski; and grandson Robert John Brady. Surviving are granddaughters Dawn Marie Ozmina and her husband Michael, Warrior Run; Kelly Ann Roerig and her husband Adam, Tunkhannock; and Linda May Pocceschi and her husband Mark, Wyoming; granddaughter in law Ann Marie Brady, Wilkes-Barre; nine great grandchildren; several great great grandchildren, and numerous nieces and nephews. Funeral Service for Sabina will be on Tuesday, January 7, at 9:30 a.m. from the Yanaitis Funeral Home Inc., 55 Stark Street, Plains Township. Mass of Christian burial will follow at 10:00 a.m. in Saints Peter and Paul Church, Plains, with Rev. John Lambert as officiant. Interment will be held in parish cemetery. Visitation will be held on Tuesday morning at the funeral home from 8:30 a.m. until 9:30 a.m.