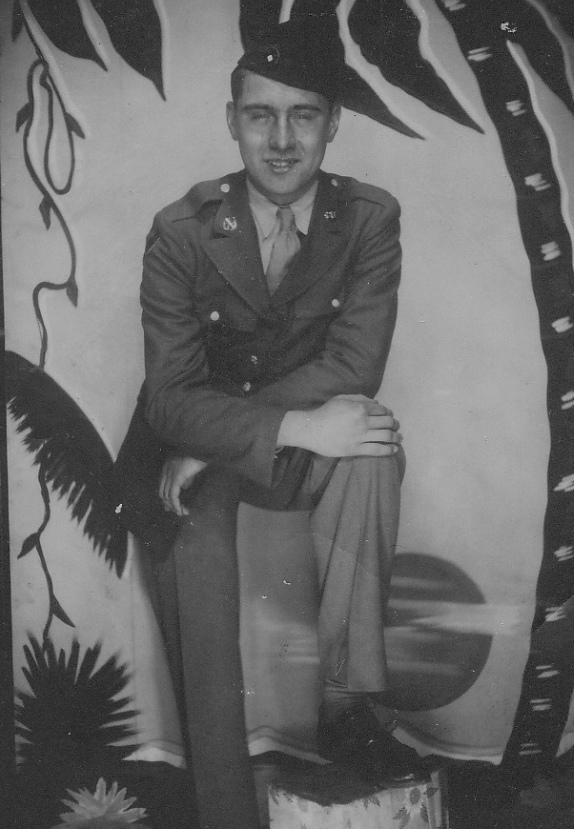 John J. Gosciewski, husband, father, grandfather, veteran, and retired funeral director of the Brookside section of Wilkes-Barre, passed away to the Lord at Hospice of the Sacred Heart, Dunmore, on Monday, March 9th,2020. Born on January 25, 1924, in Miners Mills section of Wilkes-Barre, he was the son of the late Joseph and Mary Makarewicz Gosciewski. A Veteran of World War II, he was a member of the 91st Infantry Division and survived action in Anzio and all of the Italian campaign. John was awarded three battle stars for his service. A graduate of James M. Coughlin High School, class of 1942, he was a licensed funeral director since 1949 and was a member of the former St. Stanislaus Kostka Church of Wilkes-Barre, and later Saints Peter and Paul Church, in Plains Township. John was a past member and commander of the Brookside American Legion Post 834, Disabled American Veterans (DAV) Post 9, and Luzerne County Funeral Director Association. John was also employed at the Veterans Administration in Wilkes-Barre, Tobyhanna Army Depot, and Luzerne County Public Assistance Office as a caseworker. Preceding him in death was his wife the former Madlyn Lapsansky of Port Griffith. Surviving are his daughters, Paula Tracy, Harding, Susan(Robert) Nerbecki, Plains, Karel (John) Zubris, Plains, Myra (James) Bulis, Sunrise Florida; grandchildren Brian(Jenni) and Michael(Kelly) Tracy; Jason Zubris, Joslynn Bulis, Allyson(Nick) Matics, Derek Bulis, and Erica (Cory) Latham; great grandchildren Teddy and Maggie Heissel-Tracy, Michael Tracy; and Grayson Latham. A special note of thanks goes to John’s special caregivers, Mary Ann Janoski, and to the Hospice of the Sacred Heart doctors and staff for their compassionate care of John when it was needed most. Thank you all. Funeral Service for Mr. Gosciewski will be held on Monday, March 16,2020, beginning at 10:00 a.m. from the Yanaitis Funeral Home Inc.,55 Stark Street, Plains Twp. A Mass of Christian Burial will be held at 10:30 a.m. in Saints Peter and Paul Church, 13 Hudson Road, Plains Twp. Mass will be celebrated by Rev. John Lambert. Interment with military honors provided by the United States Army and the Plains American Legion Post 558 will be held in Mount Olivet Cemetery, Wyoming. A visitation will be held on Sunday evening at the funeral home from 5:00 p.m. until 8:00 p.m. The Luzerne Country Funeral Directors will meet at 6:00 p.m. In lieu of flowers, memorial donations in John’s memory can be donated to the Hospice of the Sacred Heart, 100 William St, Dunmore, PA, 18510. To leave a condolence for the family or for direction to all services, please visit www.yanaitisfuneralhome.com.