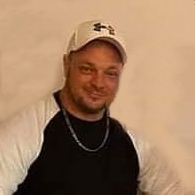 Wayne Charles Casterlin, 38, of Pittston passed unexpectedly on March 12,2020. Born in Wilkes-Barre on June 3, 1981, he was the son of the late Clarence and Charlotte Williams Casterlin. Wayne grew up in Pittston and was a graduate of the Pittston Area high school, class of 2000. He was a work horse and Mr. fix it. He became a construction worker and held employment with Balchune Construction, Multi Scape Construction and currently for Shafer Builders. First, and foremost, Wayne loved his family, especially his children Abigail; Connor, and Colin. You were his life. Everything revolved for him around you. He enjoyed swimming with Abby or watching his sons play. He was always there. When he was at home, Wayne loved to cook. He was the grill master. He especially loved to spend summer nights around a fire pit hanging out with his friends and family. Wayne was also the biggest New York Giants fan if you didn’t know. Next season they will have a new angel watching their games from heaven. We will miss you Wayne. Wayne was preceded in death by his loving parents and his sister Susan von Ahrens. Surviving are his loving children Abigail, Connor and Colin Casterlin,all of Pittston; sisters Karen Brack and her husband Brian, Scranton, and Gail Balberchak and her husband Stephen, Pittston; brothers Bryan Casterlin and his wife Sandy, Plains Twp., and Kevin Casterlin, Exeter; girlfriend Kristen Wright, Pittston, and nieces and nephews. Due to the current outbreak of COVID-19, a memorial service will be scheduled for a later date in the near future. To help with the cost of funeral services, donations can be made at https://www.gofundme.com/f/wayne-casterlins-funeral-expense . Thank you for helping us care for Wayne. Arrangements and services are in the care of the Yanaitis Funeral Home Inc. Plains Twp.