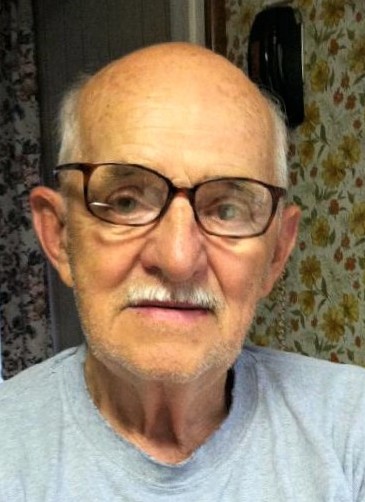 Please share a memory of Edward to include in a keepsake book for family and friends.
View Tribute Book
Edward (Ed) C. Rygelski, 90, of Plains Township, passed on peacefully on Saturday, May 15, 2021, while in the comforting care of the Gino J. Merli Veterans Center, Scranton. Born on May 3, 1931, in Plains Township, Ed was the last surviving of twelve children of the late Anthony and Anna Paluczeski Rygelski. He attended Plains Township schools and at the age of 18 then joined the United States Air Force. Ed was stationed at MacDill Air Force Base in Florida for his term of service. He was honorably discharged at the rank of Airman Third Class in 1960. Returning to the Wyoming Valley, Ed married the former Marion Wachs on May 21, 1960. They resided in Plains to raise their family, Jane, Deborah and Brian. Ed was first employed as a carpenter then went on to be employed by Chamberlain Ammunitions Plant of Scranton and later retired from Mid-Eastern Aluminum of Crestwood Industrial Park. During many of these years you would also find him working at the Plains Meat Market. During this time, his faith and love of God and his community was always in his heart. He was a lifelong member of Sts. Peter and Paul Parish of Plains, and a proud long-standing member of the Polish American Veterans (PAV) of Plains and a past member of the American Legion Post 558, Plains and several other clubs and organizations in Plains community. He sat on the board of governors for the PAV and was instrumental with helping the club grow and be involved with the community as it is today with many of the yearly events and especially loved to do the grounds keeping and parties for the kids. As Ed aged, many of his friends and fellow club members passed. Ed took up the responsibility of helping their widows and many elderly women he knew in the township that needed help maintaining their homes and yards. At one time he joked that he was mowing half of Hudson Gardens, the truth is, he was. Ed was outgoing until the end. When he had time to himself you would find him at mass daily or in the parish cemetery maintaining the flowers in his family plots throughout the year or in his backyard making sure his vegetable garden was producing the tastiest crops. He also enjoyed going on camping and fishing trips to Canada with his fellow club members and friends as well as Penn State football games. In his twilight years, he enjoyed being a grandfather and great grandfather. He was a man who kept going until the very end. Ed will be welcomed into heaven by his family. Preceding him in death were his loving parents; his wife Marion; son Brian; Two infant siblings; sisters Josephine Gubbiotti, Theresa Dobranski and Hedwig Yesvida; and brothers Walter, Stanley, Leo, John, Joseph and Chester. Surviving are his daughters Jane Marlott husband (Michael), White Haven; and Deborah Rygelski, Edwardsville; grandchildren Kristina Mustapich husband (Jason), Jesse Klokus and fiancé (Ali Zuder)and Kevin Adams Jr.; great granddaughter Macie Mustapich; several nieces and nephews. Funeral Services for Edward will be held on Wednesday, May 19,2021, beginning at 9:30 a.m. in the Yanaitis Funeral Home Inc. 55 Stark Street, Plains. A Mass of Christian Burial will be celebrated at 10:00 a.m. in Sts. Peter and Paul Parish, 13 Hudson Road, Plains, by the Rev John Lambert pastor and celebrant. Mass will be live streamed on the parish Facebook page and the funeral home Facebook page for those that cannot attend. Interment will be held in the parish cemetery with military honors. Visitation will be held at the funeral home on Tuesday evening from 5:00 p.m. until 8:00 p.m. In lieu of flowers, the family wishes donations be given to the SPCA of Luzerne County, 524 E Main St, Wilkes-Barre, PA 18702. For sending online condolences to the family or for directions to services, please visit www.yanaitisfuneralhome.com.
To send flowers to the family or plant a tree in memory of Edward Rygelski, please visit Tribute Store
Print
Tuesday
18
May