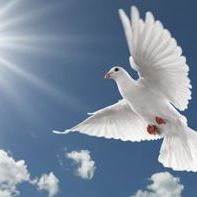 Please share a memory of Frank to include in a keepsake book for family and friends.
View Tribute Book
Frank Joseph Brzycki, 78, of Plains Township, passed on Tuesday, May 11, 2021, while in the care of the Residential Hospice Unit- Geisinger South Hospital, Wilkes-Barre. Born in Wilkes-Barre on January 9, 1943, he was a son to the late Matthew and Bertha Jankowski Brzycki. Frank grew up in the Miners- Mills area and attended Wilkes-Barre Schools. Frank worked at InterMetro, in Wilkes-Barre, for thirty-six and a half years. He started out as a mechanist and retired as a group leader. Frank had two loves in his life, the first was his wife Bernadine Gierszal Brzyski, who he spent every day of the last 50 plus years next to and caring for. The second was his love of golf. You could find Frank at Hollenback Golf Course getting in a few holes after work or on the weekend with his friends. He was a current member of Sts. Peter and Paul Church, Plains Township. He is preceded in death by loving parents Bertha and Matthew; sisters Theresa Hannon, and Mary Ann Pavlovich. Surviving are his wife Bernadine, at home; sister Nancy Musto, Plains Township; brothers Joseph, Trucksville: Edward, Port Richie, FL: and Stanley, Plains Twp.; along with several nieces and nephews. Funeral Service for Frank were held privately and arrangements have been untaken by the Yanaitis Funeral Home Inc., Plains Twp.
To plant a beautiful memorial tree in memory of Frank Brzycki, please visit our Tree Store

A Memorial Tree was planted for Frank
We are deeply sorry for your loss ~ the staff at Yanaitis Funeral Home, Inc.
Join in honoring their life - plant a memorial tree
Services for Frank Brzycki
There are no events scheduled. You can still show your support by planting a tree in memory of Frank Brzycki.
Plant a tree in memory of Frank
Print
Online Memory & Photo Sharing Event
Online Event
About this Event