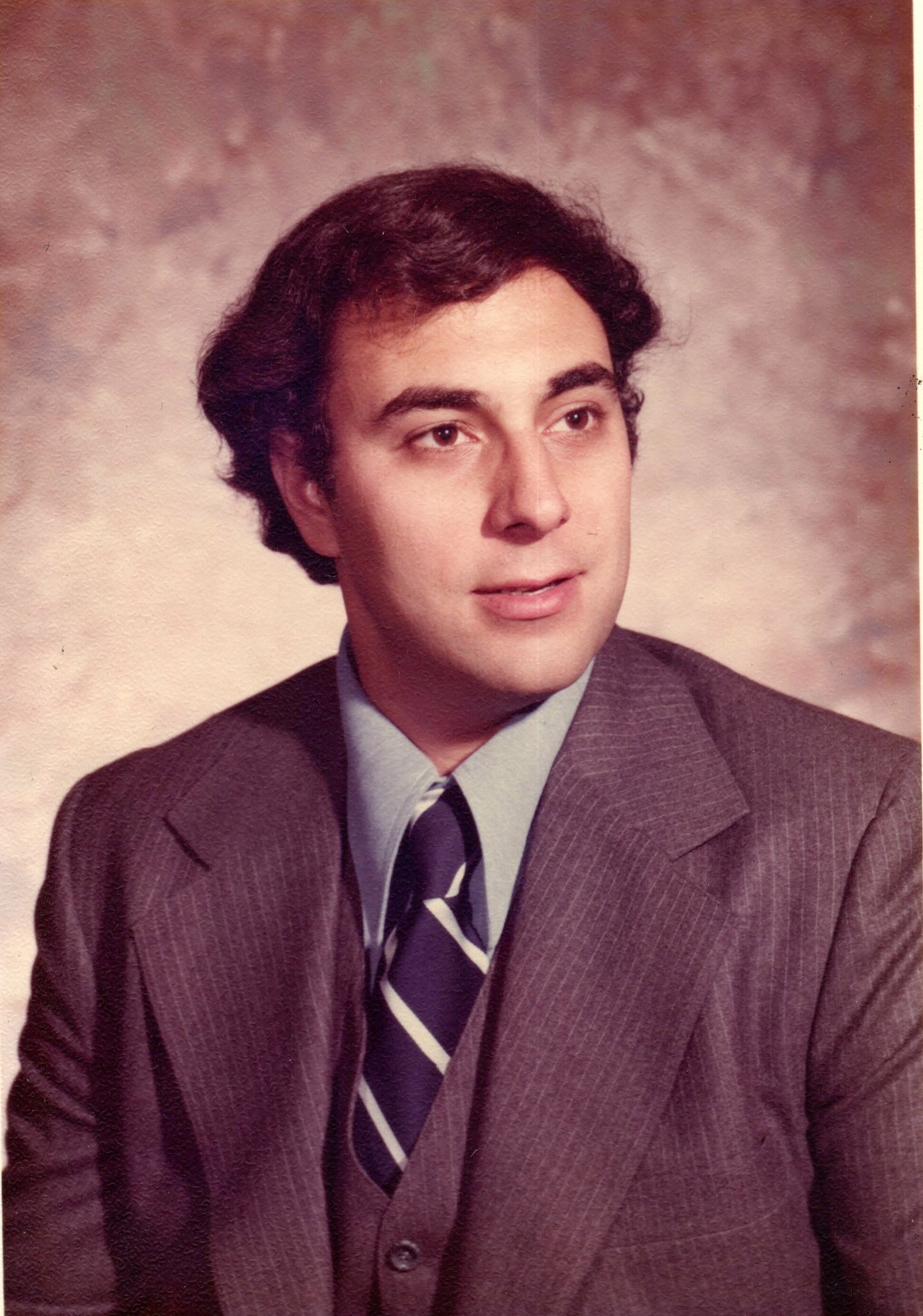 Please share a memory of Gifford to include in a keepsake book for family and friends.
View Tribute Book
Gifford Robert Cappellini, Esq., 69, of Hanover Township, with his family by his side passed into eternal rest on Monday, September 27,2021, while in the care of the Residential Hospice-Geisinger South Hospital. Born in Wilkes-Barre on May 19,1952, he was the first child of Judge Gifford S. Cappellini and his wife Dorothy Jallo Cappellini. Gifford grew up in Wilkes-Barre living on Academy Street and enjoyed time as a child and young man at Harvey's Lake with his grandfather Rinaldo Cappellini and grandmother Marie ( Evan) Cappellini, and learned of his coalmining ties to the Wyoming Valley. He attended Wilkes-Barre schools and was a graduate of E.L. Meyers High School, class of 1970. Gifford continued his education at Wilkes University and graduated with a B.A. in Political Science. While in college, at the age of 19, he was appointed by the President of the United States to a position on the Luzerne County Draft Board. He also was elected to the nonpartisan position of Government Study Commission for Luzerne County, becoming one of the youngest persons to be elected to office in Pennsylvania history. He then pursued his Law degree at the current Penn State Dickinson College, Carlisle, Pennsylvania. After passing the state bar exam, he opened his own practice in Harvey's Lake and the Back Mountain Area. Gifford specialized in black lung claims; child custody; divorce; collections; domestic relations; guardianship of persons and estates; personal injury; social security claims; workmen's compensation claims; wills and estates, and appeals in both State and Federal cases. Gifford was given special privileges in guardianship cases to practice in Alabama, Arkansas, Texas, New York, Illinois, New Mexico and Michigan. Gifford loved music. In his youth, he attended Woodstock with his friends. His favorite was The Moody Blues Song- To Our Children's Children's Children. He loved history and watching the History Channel. He would bring forth historic details during conversations and fascinate people with his knowledge of the past. Every fall weekend he was rooting for the Nittany Lions of Penn State and the Philadelphia Eagles. After a divorce of his first marriage, Gifford found love again when he went on a date with a close friend, the former Valerie Michael. On May 15, 2003, the couple was married by Gifford’s father Judge Cappellini. Together they resided in the Hanover Township area for the past 18 years. Gifford had close ties with his children and grandchildren. He was the peacemaker in the family, a good soul that loved just to be with others, including his dogs the “B Team” – his beloved Buttons and Buttercup. He was preceded in death by his parents Judge Gifford S. Cappellini and Dorothy Cappellini. Surviving are his wife of 18 years, Valerie, Hanover Twp.; daughter Amber; sons Gifford, Ryan, and Justin; grandchildren Angelina, Brianna, and Derek; sisters Jill Lester and her husband Robert; San Diego, CA; Dodie Cappellini, Harvey’s Lake; Kim Cappellini, Harvey’s Lake; brother Jeffrey and his wife, Michelle, Phoenix, AZ; and nieces and nephews. Services for Gifford will be held privately at the convenience of the family. The family invites you to view his memorial video on the Yanaitis Funeral Home Inc. website. www.yanaitisfuneralhome.com. Online condolences to the family can be posted on the funeral home site. In lieu of flowers, memorial donations in Gifford’s memory could be made to the Wyoming Valley Drug and Alcohol Drug Services Inc., 437 N Main St, Wilkes-Barre, PA 18704, or Step By Step Foundation 744 Kidder Street, Wilkes-Barre, PA 18702.
To plant a beautiful memorial tree in memory of Gifford Cappellini, Esq., please visit our Tree Store

A Memorial Tree was planted for Gifford
We are deeply sorry for your loss ~ the staff at Yanaitis Funeral Home, Inc.
Join in honoring their life - plant a memorial tree
Online Memory & Photo Sharing Event
Online Event
About this Event

Look inside to read what others have shared
Family and friends are coming together online to create a special keepsake. Every memory left on the online obituary will be automatically included in this book.
View Tribute Book
Services for Gifford Cappellini, Esq.
There are no events scheduled. You can still show your support by planting a tree in memory of Gifford Cappellini, Esq..
Plant a tree in memory of Gifford
Share A Memory
Plant a Tree