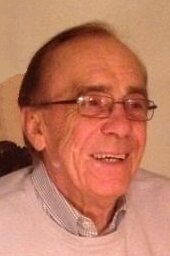 Please share a memory of Ronald to include in a keepsake book for family and friends.
View Tribute Book
Ronald John Serafin, 81, of Wilkes-Barre, passed into his eternal life on Sunday, November 7,2021, at home with his loving family by his side. Born in the Hudson section of Plains Township on November 23, 1939, Ronald was the son of the late John and Katherine (Rozanski) Serafin. He attended Cotton Avenue Elementary School and was a graduate of Plains Memorial High School, class of 1957. On September 15,1962, Ronald married his beloved, Rosalie Kubic. In 1963, Ron was drafted into the United States Army during the Vietnam War and he served his term and was honorably discharged in 1965. A short time later the couple welcomed son Todd and daughter Kimberly. In 1965, Ronald began working for the Tobyhanna Army Depot, after thirty years of service, Ron retired in 1995. Ron loved the outdoors. He was an avid hunter of deer, bear, and turkey. After his retirement, he visited his daughter, Kimberly many times in Florida often with her dog and jet ski in tow. In his later years, Ron enjoyed walking, reading, attending car shows with his son Todd in Vegas, Philadelphia, and New York. He loved to travel with his family to the beach in Spring Lake, NJ, but his favorite hobby was being involved in the raising of his granddaughter Erika. She was the apple of his eye. He enjoyed every minute with her attending all her school activities, sporting events, plays, and her vocal recitals. Ronald was an active life member of Saints Peter and Paul Church , Plains, where he volunteered as a usher. He was also an active Masonic member of the King David Lodge # 763, Kingston where he served on the interview committee for new members and various other roles. Ron is survived by his loving wife of fifty nine years, Rosalie; son Todd and his wife Kathleen, and granddaughter Erika, Wilkes-Barre; daughter Kimberly Serafin, Wilkes-Barre; sister Kathy Mishuk and her husband Paul, Moosic; and several nieces and nephews. The family would like to thank the nurses and staff of Geisinger’s 6 west unit, Dr. Bogdan Protyniak and the Hospice of the Sacred Heart for the exceptional care of Ronald and the compassion that was shown to him and the family during this time. Ronald’s funeral services were held privately at the convenience of his family. Funeral Arrangements were entrusted to the care of the Yanaitis Funeral Home Inc., Plains Township.
To plant a beautiful memorial tree in memory of Ronald Serafin, please visit our Tree Store

A Memorial Tree was planted for Ronald
We are deeply sorry for your loss ~ the staff at Yanaitis Funeral Home, Inc.
Join in honoring their life - plant a memorial tree
Online Memory & Photo Sharing Event
Online Event
About this Event

Look inside to read what others have shared
Family and friends are coming together online to create a special keepsake. Every memory left on the online obituary will be automatically included in this book.
View Tribute Book
Services for Ronald Serafin
There are no events scheduled. You can still show your support by planting a tree in memory of Ronald Serafin.
Plant a tree in memory of Ronald
Share A Memory
Plant a Tree