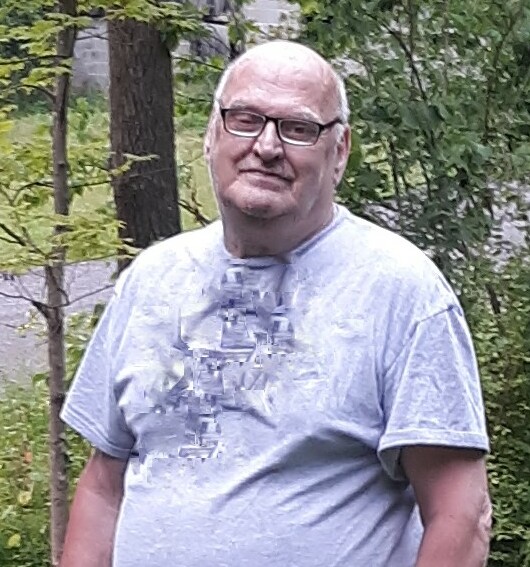 Please share a memory of Clarence to include in a keepsake book for family and friends.
View Tribute Book
Clarence "Butch" Egroff, 76, formerly of Plains Township and current resident of Shickshinny, passed on Sunday, January 23, 2022, while in the care of the Geisinger Hospital Wyoming Valley, Plains Township. Born in Wilkes-Barre on April 16,1945, he was a child of the late Clarence and Ruth Sickler Egroff. He grew up in the East End section of the city and attended local city schools. At the age of 18, he enlisted in the United States Army National Guard where he served his Country and earned an honorable discharge. On September 17,1966, Clarence married Florence "Cookie" Yablonski. Together they built a beautiful life and raised two children, Kevin and Pamela. At a young age, Clarence became a business owner of two service stations, one in Wilkes-Barre and one in Dickson City. Prior to his retirement in 2005, Clarence also worked for the Times Leader and U.S. Cargo. He was a hard worker his entire life. Clarence was known to many by one of his nicknames "Butch" or "Pop". He was always joking with people and giving them a hard time. That was his way of showing he loved you and cared for you. He was the life of the party and enjoyed playing cards, watching his game shows, especially Wheel of Fortune and drinking his Pepsi. He had many one liners and stories to tell everyone he met, "Pop" had the biggest heart and so much love to give. The man never rested, he was hard working and will be missed by his loving family. He was preceded in death by his parents, loving wife of 47 years, Florence; sister Ruth Lloyd, and brother Richard Lyons. Clarence's is survived by his son Kevin Egroff and wife Kim, Wilkes-Barre; daughter Pamela Smith and husband Gary, Shickshinny; grandchildren Kristopher Linko, Marissa Linko, Kyle and Kevin Egroff, and Cody Smith; great grandchildren Hayden McGinley, Namya Smith and Kylo Smith. A visitation for Clarence will be held on Friday, February 11 from 5:00 p.m. to 7:00 p.m. at the Yanaitis Funeral Home Inc., 55 Stark Street, Plains Twp. Funeral Service for Clarence will follow at 7:00 p.m. led by Rev. Jack Lambert, pastor of SS. Peter and Paul Church, Plains Twp. In lieu of flowers, Memorial donations can be given in Clarence's memory to the S.P.C.A. of Luzerne County, 524 E Main St, Wilkes-Barre, PA 18702.
To send flowers to the family or plant a tree in memory of Clarence Egroff, please visit Tribute Store
Print
Friday
11
February