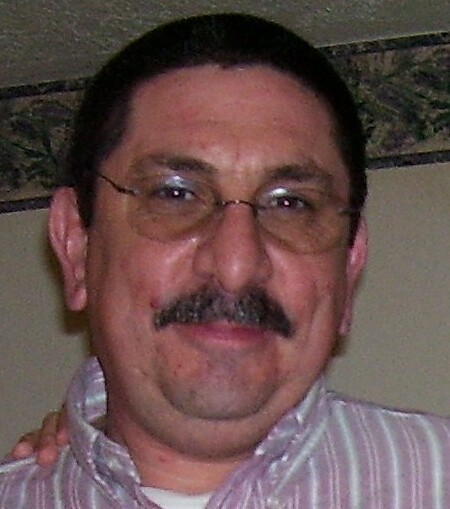 Please share a memory of Peter to include in a keepsake book for family and friends.
View Tribute Book
Peter T. Joffe, 62, of Archbald, passed into his eternal life on Tuesday, February 22,2022, while in the care of Regional Hospital, Scranton. Born on January 30,1960, in Norwolk, Connecticut. He was the son of the late James and Violet Carr Joffe. Peter's family moved a short time later to the Honesdale area where he attended local schools and graduated from the Honesdale High School, class of 1978 . Following graduation, Peter enlisted in the United States Army where he rose to the rank of specialist and served in many different duty stations over his career. He was honorably discharged for his service to his country. A short time later, Peter met and fell in love with Elizabeth J. St. Pierre and they were married on May 18,1983. Together, the couple raised their two children, Robert and Melissa, in the White Haven area. Peter then became a corrections officer for the Pennsylvania Department of Corrections and worked at SCI Mahanoy for twenty years until his retirement. He enjoyed going fishing, bike riding, kayaking, but most of all being with his family. He loved spending time with his grandchildren and going to their parties. Peter also loved animals and his pets Daisy and Brody were always by his side. Peter had a deep faith in his Lord and Savior and was a member of the Peckville Assembly of God Church, and active in the church's food pantry. In death Peter joins his loving parents, his wife Elizabeth, and son Robert. Surviving him are his daughter, Melissa Kubicki and husband Michael, Chesapeake, VA; grandchildren Kaitlyn and Michael, Chesapeake, VA; and brother in law Robert St. Pierre and his wife Donna, Sterling, VA. A service to honor Peter will be held at 2:00 P.M. on Saturday, March 26,2022 in the Peckville Assembly of God Church, 3364 Scranton Carbondale Highway, Blakely. The service will be officiated by the Rev. Terry Drost, pastor, and honors provided by the United States Army and the Pennsylvania Department of Corrections. In lieu of flowers, memorial donations can be made to the S.P.C.A of Luzerne County, 524 East Main Street, Wilkes-Barre, Pa, 18702 or to the Food Pantry at the Peckville Assembly of God. Arrangements are in the care of Yanaitis Funeral Home Inc., Plains Twp.
To send flowers to the family or plant a tree in memory of Peter Joffe, please visit Tribute Store
Print
Saturday
26
March