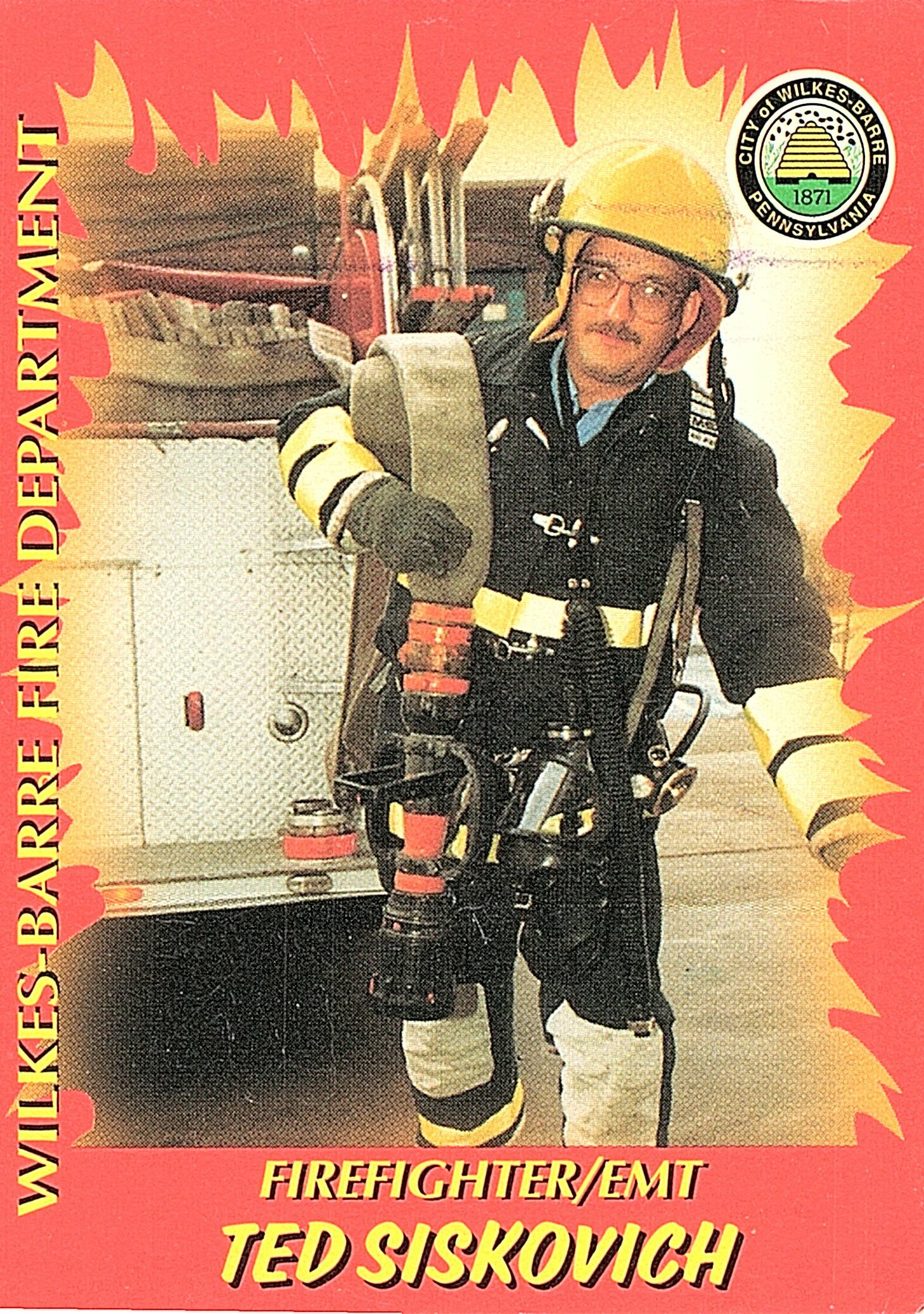 Please share a memory of Theodore to include in a keepsake book for family and friends.
View Tribute Book
Theodore “Ted” William Siskovich, 64, loving husband, father, grandfather, and retired firefighter, passed through heaven’s gates on Friday, May 20,2022, while in the The Gardens of East Mountain, Plains Twp. Born in Wilkes-Barre, Ted was a son of the late Theodore and Agnes Ciprich Siskovich. Growing up in the North End section of the city, Ted attended Sacred Heart Elementary School, Plains Junior High School, and was a graduate of James M. Coughlin High School, class of 1977. While in junior high school, Ted met his future wife, the former Janet Petrosky. On June 15, 1985, the couple was married. Together the couple raised their two daughters Kristen and Danielle. Ted was a simple man, but dedicated and hard working. In 1984, Ted found his true calling. He became a Wilkes-Barre City firefighter. Over the next thirty-four devoted years to the city, until 2018. He was proud to be an active firefighter and EMT. Ted, in retirement, enjoyed being called “Poppy” by his grandchildren and in turn he enjoyed spoiling them whenever he could. He was proud of his daughters and the mothers they have become. He would go on long walks with his dog Coco and they both loved hiking and swimming. In passing, Ted joins his loving parents, Theodore and Agnes; his granddaughter Brielle Grace Boyle, and father-in-law Henry Petrosky in heaven. Surviving to mourn his passing are his loving wife of thirty-six years, Janet, at home; daughters Kristen Boyle and her husband Ross, Plains; Danielle Siskovich and her fiancé Kevin Fabiano, Henryville; grandchildren Chase and Caleb Fabiano, and Mason Boyle; sister Karen Bartosh and her husband Raymond, Shavertown; brothers William and his wife Carol, Plains; and Joseph, Plains; sister Kathy Rembish and her husband Theodore, Wilkes-Barre; mother -in- law Theresa Petrosky, Plains, along with several nieces, nephews, and extended family. A Mass of Christian Burial will be celebrated on Friday, May 27, 2022 at 10:00 a.m. in the Immaculate Conception Church of the Corpus Christi Parish, 605 Luzerne Avenue, West Pittston, and Msgr. John Sempa, Pastor and celebrant. Interment will follow in St. Mary’s Cemetery, Hanover. Friends and family may call at the church from 9:00 a.m. until time of Mass. In lieu of flowers, memorial donations in Ted’s memory may be given to the Nemours Children's Hospital, Child Life Department, 1600 Rockland Road, Wilmington, DE, 19803. https://www.nemours.org/givingtonemours.html
To send flowers to the family or plant a tree in memory of Theodore Siskovich, please visit Tribute Store
Print
Friday
27
May