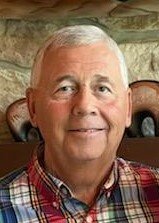 Please share a memory of Edward (Ned) to include in a keepsake book for family and friends.
View Tribute Book
Edward (Ned) J. Hayes, 71, of Bear Creek Township, passed away on Saturday, September 3, 2022, while doing what he loved, LODD; working as a paramedic with the Cottage Hose Company Ambulance Corporation, Carbondale. Born in Wilkes-Barre on June 10, 1951, he was the son of the late Edward Hayes and late Ann Marie Gerrity Martin. He graduated from St. Mary’s High School, class of 1969, where he played basketball and golf. He continued his education at King's College where he earned a bachelor’s degree in economics. When Ned was a freshman at King’s, he fell in love with Donna Libertoski and married a few short years later on August 12, 1972. The newlyweds built a home in the Bear Creek area and raised their three children Kimberly, Kerry, and Edward (Ryan). The couple just celebrated their 50th wedding anniversary on August 12, 2022. After graduating, Ned worked in the construction industry for several years eventually becoming the owner operator of Ryan Construction. In 1987, Ned began volunteering as an EMT for the Bear Creek, Plains Township, and Pittston volunteer ambulance associations. He continued his career in the field of emergency medicine ultimately becoming a full-time paramedic and serving the community for 35 years, most recently employed with the Cottage Hose Company Ambulance Corporation, Carbondale. The family would like to give a special thank you to EMS Captain Jim Pettinato for his compassion and assistance during this difficult time. Ned was an avid hunter and passionate golfer who could be found in the woods of Northeast Pa. tracking deer or playing a round with his golf league. Ned was a true family man and would be faithfully followed by his dogs, Matilda and Grace, while completing home projects. He cherished his grandchildren who lovingly called him Pa. He loved family gatherings where he would cook his famous crab legs and cooked to order juicy steaks. The Fourth of July was a special event where the entire family and their friends would gather to watch his spectacular fireworks display. And no one can forget the family trip he provided to Disney World where he and Donna celebrated their 40th Anniversary. Edward was preceded in death by his parents Edward and Ann Marie; and his sister Ann Marie McCuley. Surviving are his loving wife Donna, at home; daughters Kimberly Zabroski (Brad), Austin, Texas; and Kerry Redding (Gary), Wilkes-Barre; son Edward Ryan, Bear Creek; grandchildren: Sydnie and Gage Zabroski; Hannah, Aiden, and Gannon Redding; sister Debbie Wolman Drums; and extended family. A memorial visitation will be held on Saturday, September 10,2022, from 11:00 a.m. until 1:00 p.m. at the Yanaitis Funeral Home Inc., 55 Stark Street, Plains Township. Interment will be held privately at the convenience of the family. For condolences to the family or for directions to visitation, please visit www.yanaitisfuneralhome.com.
To send flowers to the family or plant a tree in memory of Edward (Ned) Hayes, please visit Tribute Store
Print
Saturday
10
September