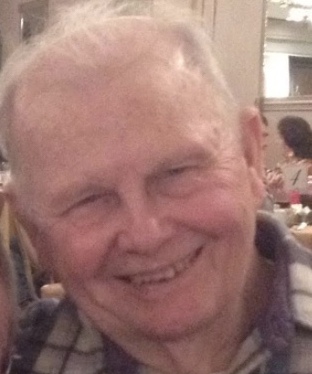 Please share a memory of William to include in a keepsake book for family and friends.
View Tribute Book
William John Gregonis, 92, of York, formerly of the Hudson section of Plains Township, passed peacefully on Monday, September 5, 2022, while in the care of the Senior Commons at Powder Mill Road, York. Born in Plains Township on January 31,1930, he was the son of the late John and Victoria Lenkaukas Gregonis. William grew up in the Plains area and attended local schools. He was a graduate of the Plains Memorial High School, class of 1948. William served in the United States Army and was honorably discharged after his term of service. He was employed as a supervisor of a local grocery store for many years until his retirement. He was a past member of St. Joseph Church, Hudson, until the church’s closure and a member of SS. Peter and Paul Parish, Plains. William enjoyed spending time with family and friends the most, listening to country music, watching comedies and telling jokes. He also loved reading the newspaper & magazines, cutting coupons and finding great deals and doing anything for anyone he could. He was preceded in death by his loving parents John and Victoria; his wife Florence who passed on April 17,2007;brothers Pete and Albert and sisters Ann and Nellie. Surviving are his daughters, Deborah Gregonis, Hanover; Sandra Wise and her husband, Michael, Dover; son, William D., Morris Plains, N.J.; grandchildren, Jacob and Amanda; and his extended family: nieces and nephews in York, PA and Georgia. A visitation will be held this Saturday, September 17,2022, at the Yanaitis Funeral Home Inc. 55 Stark Street, Plains Twp. from 11:00 a.m. to 12:30 p.m. Funeral Service begins at 12:30. Interment will be held in St. Francis Cemetery, Plains with military honors. In lieu of flowers, memorial donations may be given to the American Heart Association, PO Box 840692, Dallas, TX 75284-0692, or the American Cancer Society,190 Welles St #118, Forty Fort, PA 18704.
To send flowers to the family or plant a tree in memory of William Gregonis, please visit Tribute Store
Saturday
17
September

Rite of Committal with Military Honors