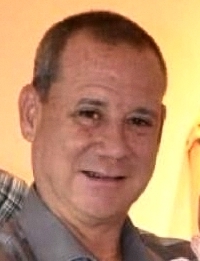 Please share a memory of Patrick to include in a keepsake book for family and friends.
View Tribute Book
Patrick R. McDermott, 55, of Wilkes-Barre passed away on September 23, 2022, at Geisinger Hospital with his wife and family at his side. Pat was born March 27,1967, in Newark, NJ, son of the late David and Camille McDermott. He was a hard worker and was always there to help a friend in need. Previously employed at UPS, Holiday Green Acres Apartments and Intermetro until his illness stopped him from working. Pat had a love for music. At age 16, he started his own DJ business playing at numerous venues: Woodlands; The Factory; Station and many other events throughout Luzerne County including weddings, birthdays, and special occasions. An avid sports fan, Pat loved the Steelers, Nascar and his driver Kevin Harvick, and the Phillies. He was preceded in death by his parents; grandparents Rudolph and Louise and his grandson Cameryn. Patrick is survived by his loving wife Kim, son Patrick(Jessica), Bear Creek; step children who Pat considered his own: Kristen Murray, Hudson, Jeffrey(Courtney),Nanticoke; brother Michael; nephew Anthony; and the loves of his life were his grandchildren: Alonna, Ashlynn, Autumn, Austin, Kennedy, and Xander. He is also going to be missed by his beloved dogs of 15 years, Yuppie, Fuzzy, and Miller. Visitation will be held on Tuesday, September 27,2022, from 5:00 p.m. until 8:00 p.m. at the Yanaitis Funeral Home Inc., 55 Stark Street, Plains Township. In lieu of flowers, a Go Fund me has been established to help Kim with funeral, medical, and other expenses for the care of Pat. Copy and past the link below: https://www.gofundme.com/f/kim-with-funeral-medical-bills-other-expenses?qid=556bbaa0d324df21ec9742884e67023a
To send flowers to the family or plant a tree in memory of Patrick McDermott, please visit Tribute Store
Tuesday
27
September

Share Your Memory of
Patrick
Upload Your Memory View All Memories
Be the first to upload a memory!
Share A Memory
Send Flowers
Plant a Tree