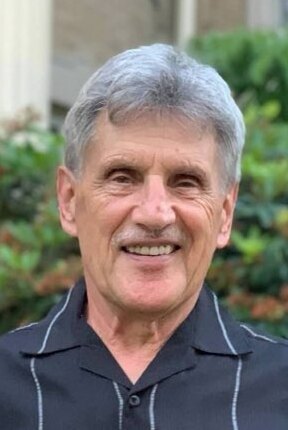 Please share a memory of Thomas to include in a keepsake book for family and friends.
View Tribute Book
Thomas Anthony Rogish, also known as Tommy to his friends, 78, of the Parsons section of Wilkes-Barre passed on Tuesday, October 25, 2022, while in the care of the Commonwealth Hospital, Wilkes-Barre. Born in Wilkes-Barre on February 28,1944, he was the only son born to the late Anthony and Florence Shirkness Rogish. Thomas grew up in the Parson section of the city and attended Calvin Elementary School and was a graduate of James M. Coughlin High School, class of 1962. He continued his education at Villanova University pursuing a law degree. He changed majors and attended King’s College where he graduated with a BS in secondary education in social studies. He was employed by the Wilkes-Barre School District where he taught social studies in Coughlin High School and Meyers High School. Thomas also educated many students at King’s College where he was an adjunct Professor for a short time. Thomas enjoyed every season of the year by being active inside and outside his classroom. He encouraged his students to get out and enjoy nature and life. Thomas led by example. In the winter, he was a Professional Ski Instruction of America for over 40 years and also an American Association of Snowboard Instructor level 2. You could also find him out on the ice, playing ice hockey with a group of his colleagues. In the Spring and Fall you could find him bicycling on a road or mountain biking on a local trail, or find him training for running in a marathon, which he successfully completed 2 New York City Marathons in his life. In the evenings you could find him rehearsing his lines for a role in a theatrical event at the Little Theater or the Music Box Theater where he was also a member of the Board of Directors. He also loved being in his yard gardening or landscaping, but he also enjoyed helping landscape Wilkes-Barre City where he participated on the Wilkes-Barre City Tree Commission. Thomas didn’t sit still. He enjoyed being spontaneous and traveling when he felt like it. He enjoyed traveling all over the world but his favorite place was Alaska and felt at home in nature. He also felt at home being a parishioner of Sacred Heart of Jesus Church, Dupont. He was a true inspiration to his students, colleagues, and his community in and outside the classroom. This world needs more people like Mr. Rogish. Thomas was preceded in death by his loving parents Anthony and Florence Shirkness Rogish. Surviving are his sisters Barbara Rogish Drahus; Plains; Ann Marie Sedon and her husband John, Hudson; along with nieces and nephews. Thomas’s wishes were to have private services at the convenience of his family. He was entombed with his parents at St. Mary’s Cemetery, Hanover. Arrangements were placed in the care of the Yanaitis Funeral Home Inc., Plains Twp.
To plant a beautiful memorial tree in memory of Thomas Rogish, please visit our Tree Store

A Memorial Tree was planted for Thomas
We are deeply sorry for your loss ~ the staff at Yanaitis Funeral Home, Inc.
Join in honoring their life - plant a memorial tree
Services for Thomas Rogish
There are no events scheduled. You can still show your support by planting a tree in memory of Thomas Rogish.
Plant a tree in memory of Thomas
Print
Online Memory & Photo Sharing Event
Online Event
About this Event