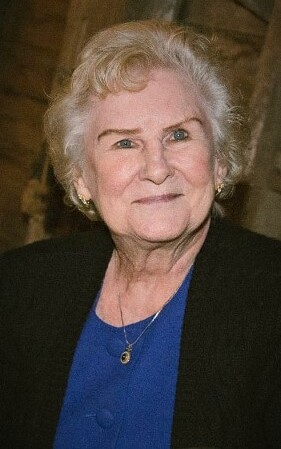 Please share a memory of Carol to include in a keepsake book for family and friends.
View Tribute Book
Carol Fisk, 79, a resident of Plains, passed away on Friday, November 4, at home. Carol spent the majority of her life living in the North End section of Wilkes-Barre, raising her 6 children alongside her husband, Arthur, until his passing in 2012. She faithfully served as a member of the Kingdom Hall of Jehovah’s Witnesses in the Wilkes-Barre East congregation for the last 48 years. Carol loved her family and was so proud to be a grandmother to her 12 grandchildren and 13 great grandchildren. She was always ready to cook something up for any of them that stopped by, and was always making Sunday dinners the coziest and most inviting time for her family. She was preceded in death by her husband of 50 years, Arthur Sr., and son Arthur Jr. Surviving are her daughter in law, Mary Jo Fisk; son, David Fisk and his wife Desiree; son, Christopher Fisk and his wife Kim; daughter, Jennifer Cicierski and her partner Frank Kelly; daughter, Jessica Fisk; daughter Katrina Collum and her husband Edward Grandchildren, David Fisk, Jamey Fisk, Amber Drevitch, Shari Fisk, Marc Cicierski, David Delaney, Kacie Fisk, Bobby Kocher, Kayleen Post, Eddie Collum, Olivia Collum, Ethan Collum, and all 13 great grandchildren. Also surviving are her sisters, Corrine Snyder, Jayne Wenzel, and Margie Gibbons; brothers, Richard Gibbons and Paul Gibbons Carol will be deeply missed by her entire family and will always be remembered for her warmth and loving kindness. A private service will be determined at a later date.
To plant a beautiful memorial tree in memory of Carol Fisk, please visit our Tree Store

A Memorial Tree was planted for Carol
We are deeply sorry for your loss ~ the staff at Yanaitis Funeral Home, Inc.
Join in honoring their life - plant a memorial tree
Online Memory & Photo Sharing Event
Online Event
About this Event

Look inside to read what others have shared
Family and friends are coming together online to create a special keepsake. Every memory left on the online obituary will be automatically included in this book.
View Tribute Book
Services for Carol Fisk
There are no events scheduled. You can still show your support by planting a tree in memory of Carol Fisk.
Plant a tree in memory of Carol

Share Your Memory of
Carol
Upload Your Memory View All Memories
Be the first to upload a memory!
Share A Memory
Plant a Tree