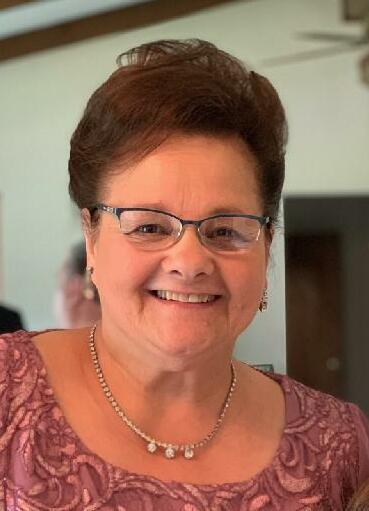 Please share a memory of Ann to include in a keepsake book for family and friends.
View Tribute Book
Ann Marie Sedon, 69, of the Hudson section of Plains, passed peacefully into heaven at her private residence on Thursday, November 24, 2022, while in the comforting care of Erwine Hospice and her loving family by her side. Born in Wilkes-Barre on November 16, 1953, she was a daughter to the late Anthony and Florence Shirkness Rogish. Ann Marie grew up in the Parsons section of the city where she attended Calvin Elementary School and was a graduate of James M. Coughlin High School, class of 1971. She continued her education at the Vo Tech in computers. This helped her become employed by Blue Cross Blue Shield, where she worked for a short time. On June 29, 1974, she married the man that would stand by her side for the next forty-eight years, Mr. John Sedon III. Together they would raise three sons in their Hudson home: John IV, Jeffrey, and Christopher. After their youngest was off to college, Ann Marie worked for the Disney Store in the Wyoming Valley Mall and later became the assistant manager of the Northern Reflections store, also in the mall, until her retirement. Ann Marie was involved in her church, children’s lives, and her community. She was a past member of the Blessed Sacrament Church, St. Dominic’s and a current member of St. Maria Goretti’s Parish of Laflin. Ann Marie enjoyed decorating the churches for Rev. Joseph Kearney and also served as the church housekeeper for a time. She was meticulous in handling the church linens and dressing the altar for the liturgical seasons. She sang in the church choir and was a proficient accordion musician. When it came to her children, she was actively involved in whatever they were participating in from working the concessions stand at the Plains Little League baseball games to volunteering her time at the Music Box Dinner Playhouse. Her skills in arts and crafts were always at work behind the scenes of the performances. When it came time for elections, you could find Ann Marie working the polls at the Cotton Avenue polling location in Hudson. Ann Marie leaves behind precious memories of a loving wife, comforting mother, and a gracious grandmother, but she was also a dog rescuer. She enjoyed caring for her dogs and giving them a second chance at life. She can now go for a walk across the rainbow bridge and join them all in the peace and serenity of heaven. Ann Marie also joins in heaven her loving parents, Anthony and Florence Shirkness Rogish, and brother, Thomas Rogish. Surviving is her husband John III, at home; sons John IV and his wife Nicole, Plains; Jeffrey and his wife Leslie, Orlando; and Christopher and his wife Erin, Exeter; five grandchildren: Dakota, Joshua, Matthew, Macie,and Nolan; sister Barbara Rogish Drahus and her husband Stephen; Plains; along with nieces and nephews. Ann Marie's wishes were to have private services at the convenience of her family. She was entombed at St. Mary’s Cemetery, Hanover. In lieu of flowers, the family is asking that any offerings be made to a charity that supports the local community as she had a heart for helping others. On behalf of the Sedon Family, a special thank you to Dr. Patrick Kerrigan, Dr. David Greenwald, and the Erwine Hospice staff for making Ann Marie comfortable and treating her with love and compassion. God Bless you for doing God’s work here on Earth. Arrangements were placed in the care of the Yanaitis Funeral Home Inc., Plains Twp.
To plant a beautiful memorial tree in memory of Ann Sedon, please visit our Tree Store

A Memorial Tree was planted for Ann
We are deeply sorry for your loss ~ the staff at Yanaitis Funeral Home, Inc.
Join in honoring their life - plant a memorial tree
Online Memory & Photo Sharing Event
Online Event
About this Event

Look inside to read what others have shared
Family and friends are coming together online to create a special keepsake. Every memory left on the online obituary will be automatically included in this book.
View Tribute Book
Services for Ann Sedon
There are no events scheduled. You can still show your support by planting a tree in memory of Ann Sedon.
Plant a tree in memory of Ann

Share Your Memory of
Ann
Upload Your Memory View All Memories
Be the first to upload a memory!
Share A Memory
Plant a Tree