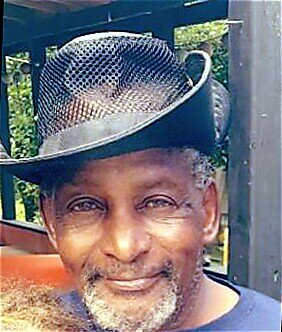 Please share a memory of Jacob to include in a keepsake book for family and friends.
View Tribute Book
We have gathered together to have the Homegoing Service of Jacob Eugene Whitt. Jacob Eugene Whitt was born on August 18, 1940 in Lynch, Kentucky, from the union of Geraldine and Jake Whitt. Both parents preceded him in death. Jake was raised in Wilkes-Barre, Pennsylvania and received his education at the Doron Grade School and graduated from G.A.R. High School. He accepted Christ at an early age and was a member of the Mt. Zion Baptist Church. He served three years in the Armed Services of the Military, with a tour of duty in France. After he returned he became a Professional Contractor. Buddy, as he was called by everyone, loved his work. He loved working on houses, refurbishing them and every phase of carpentry and building. He especially liked building toys for children. Buddy also liked working on computers. Buddy was well-known for his great humor and good nature. He was a people person and folks just gravitated to him. His home was open to everyone and he was a very giving person. Jake was the father of 11 children; The mother of five of his children, Brenda Mason, and their oldest son, Vincent Mason, preceded him in death. He also had 4 brothers and 2 sisters to precede him in death: Ronald, William, Steven, Darryl, Doris Jean Redd and Jacquelynne Mitchell. Two step daughters Diane Miller and Deanna Walters. He leaves to cherish his loving memory six daughters; Tanita Mason, Yvette Davis, Myra Mason Harper, Patricia Watson, Salice Thornton, Kaylee Moore and Brittany Whitt; five sons - Gordon Mason, Eric Mason, Gene DeGraffenreid, Bryant Whitt, and Kevin Davis. He also leaves 4 brothers: Raymond, Charles, Gerald and Gary. He leaves 5 sisters: Willa Watkins, Clarita Brown, Rose Cupil, Kathy Yelletts and Nadine Whitt. He also leaves a host of grandchildren, great grandchildren,
To send flowers to the family or plant a tree in memory of Jacob Whitt, please visit Tribute Store
Print
Saturday
17
December