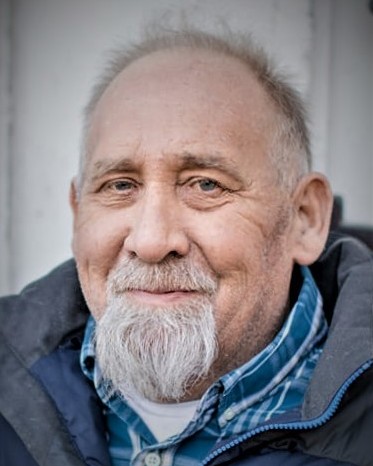 Obituary of William I. Holena Jr.

William (Bill) I. Holena Jr., 57, from Shavertown, passed into eternal life on Wednesday, April 10, 2019, surrounded by his loving family.

Bill was born in Kingston on August 8, 1961, the first-born son of Helene (Miller) and William I. Holena Sr. He grew up with his siblings Daniel, Karen Dillon, Patrick, Denise Onderko and Laura in Mountain Lake, Bear Creek.

He graduated in 1979, from James M. Coughlin High School and King’s College in 1983, with a degree in Computer Information Systems.

He married his wife of thirty-five years, Sande (Stanski) Holena in August of 1983 and they began to grow their family with the birth of their children: William III, Adam, and Rachel.

Bill was the most devoted, loving father who supported and encouraged his children to become the outstanding people they are today. Bill and his family are long time members of Saints Peter and Paul Church, Plains.

Bill was very involved in the children activities. He was the Lake Lehman Football Booster Club President for seven years, and worked the scoreboard at the stadium until this past season. He was the Back Mountain Little League Treasurer for eighteen years, along with being on the Jackson Township Recreation Board. He was a member of the Lake Lehman Foundation, and a Cub master of Pack 241 for eighteen years. Bill was also a proud cheer dad supporting his daughter’s cheer squad.

Bill was blessed to see his family grow when Bill III married his wife Kathy Henninger in 2016 and most recently in 2018 when Adam married Danielle Olenginski, but his most recent joy arrived this February when he proudly welcomed his first grandchild William IV into the family.

Bill spent most of his life working in the computer field as a programming/analyst despite a life-long battle with health issues due to renal disease. Bill is an exemplary example of kindness, compassion, and determination. Bill enjoyed to fish and go hunting with his family throughout his battle. He would take the family on trips up and down the east coast from Maine to Florida, or just to spend some time at Oneida Lake.  As long as he was with his family he was at home and happy.

He leaves behind an example of how to overcome, endure, and love for us all. His loss leaves us all family and friends heartbroken, but at peace knowing he is with God and finally pain free.

He is also survived by his father-in-law Leonard Stanski Sr. and sisters and brothers-in-laws: Len, Diane and Henry Pehala, Susan and Rich Makara; Richard and Karen Stanski, Robert and Susan Stanski, Bernice and Nick Wartella; Jim Dillon; Joe Onderko, Alicia Mann Holena; along with many nieces, nephews and extended family.

In lieu of flowers, Bill wished that donations of the Gift of Life be given in his memory for he was a recipient of a gift and it provided him with needed time to see his family grow. Please consider being an organ donor https://www.donatelifepa.org/.

Funeral Services for Bill will be held on Monday, April 15, 2019, at 9:30 a.m. from the Yanaitis Funeral Home Inc.,55 Stark Street, Plains. A Mass of Christian Burial will be celebrated at 10:00 a.m. in Saints Peter and Paul Church, 13 Hudson Road, Plains. Interment will be private and held at the convenience of his family. Friends and family are invited to attend a visitation at the funeral home on Sunday from 2:00 p.m. until 5:00 p.m.

For sending condolences to Bill’s family and for directions to services, please visit www.yanaitisfuneralhome.com.