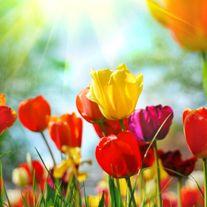 Frances J. Brazelle, formerly of Hershey, Pa, and Arlington, Va, died on May 29,2019, in Madison, Wisconsin, where she has resided since April 2015.

She was born in the Miners-Mills Section of Wilkes-Barre, the daughter of the late Andrew Brazelle and Mary (Semanski) Brazelle.

After graduation, she worked for several years in the Office of the Pennsylvania State Attorney General’s Office as a legal secretary.

In 1941, she accepted an appointment to work for the Federal Government in Washington D.C., retiring in 1972 as a Personnel Administrator in the Office of the Secretary of the Air Force.

After retiring from the Federal Government, she worked briefly in the office of the late Senator George Malone of Nevada as a Legislative Assistant. While living in D.C., she attended American and George Washington Universities.

In addition to her parents, she was preceded in death by her brothers Andrew R. Brazelle Jr., and Vincent T. Brazelle, and sisters Mrs. James L. ( Ann B) Curtis of Danville, Pa, and Mary B. Brazelle of Danville, PA.

She is survived by her niece Susan Curtis of Madison, Wisconsin, and nephew Patrick R. Brazelle of Hixson, Tennessee, a grand niece Leah Jeedas, and numerous cousins.

Memorials may be given to a charity of the donor’s choice.

A Private funeral service will be held at the convenience of the family.

Arrangements are in the care of the Yanaitis Funeral Home Inc., Plains Township, Pa.

Share Your Memory of
Frances
Upload Your Memory View All Memories
Be the first to upload a memory!
Share A Memory
Plant a Tree