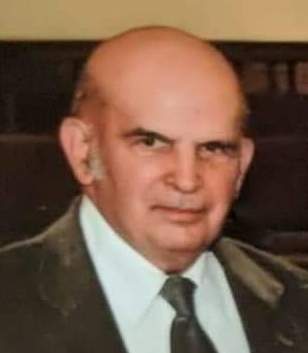 Stephen D. Kluk, 78, passed suddenly and unexpectedly on Monday, September 30,2019 at his home in West Wyoming.

Born on April 20,1941,he was the only child of his late parents Stephen and Stella Witt Kluk.

Stephen was raised in Hudson section of Plains Township and moved to Wyoming at the age of 5 with his parents. He attended Wyoming Schools and was a graduate of the Wyoming High School, class of 1959.

Stephen then joined the Wyoming Police Department as a part time police officer,Scout Master of Troop 301,and worked for a time at Nelson Upholstery, Wyoming.

In 1968, Stephen left his other jobs and went to work for Procter and Gamble Corporation in Mehoopany. He worked for the next twenty-eight years his last assignment  as a lab technician until he retired.

However, in his retirement, he still worked for LCCC book store and Sears Department Store working in the tool’s sections for over 20 years.

In his spare time, he loved to go fishing and hunting with his family. Stephen was instrumental in hunting and gun education of the youth of Pennsylvania. He was the past Coordinator of the Wyoming County Hunting Safety Education and sat on the Council of the Youth Hunting Education Challenge (YHEC). He was also helped to start the Pennsylvania Hunting Education Association (PHEA). Stephen was a Past President of the Wyoming County Federation of Sportsman club, and a member of the Meshoppen Rod and Gun Club.

Stephen was a proud volunteer for many years at the South Gate Kiwanis Wyoming County Fair and was a fourth degree Knight of Columbus of the Wilkes-Barre Chapter.

Funeral Services for Stephen will be held on Tuesday, at 9:30 A.M from the Yanaitis Funeral Home Inc., 55 Stark Street, Plains. A Mass of Christian Burial with then follow at 10:00 a.m. in Ss. Peter and Paul Church, 13 Hudson Road, Plains. Mass will be officiated by Rev. John C. Lambert. Interment will be held in the parish Cemetery, Plains.  A visitation will be held at the funeral home on Monday evening from 5:00 p.m. until 8:00 p.m.

To send flowers to the family or plant a tree in memory of Stephen Kluk , please visit Tribute Store
Monday
7
October

Share Your Memory of
Stephen
Upload Your Memory View All Memories
Be the first to upload a memory!
Share A Memory
Send Flowers
Plant a Tree