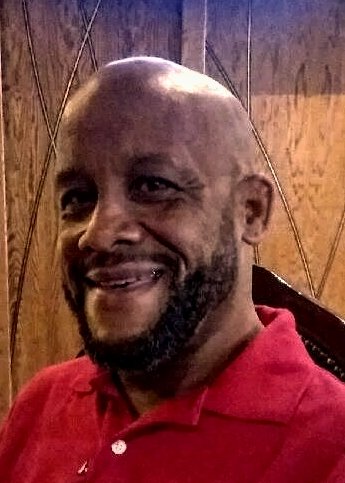 It is with great sadness that the family of Willie "Boobie" Eugene Wallace announces his unexpected passing on Friday, November 8, 2019 at the age of 56.

Boobie was born on July 16, 1963 to Claudette (Lomax) Wallace in Atlantic City, NJ. He attended Saint Nicholas of Tolentine Elementary School and graduated from Atlantic City High School. He served as an altar boy at Saint Monica's Roman Catholic Church, where he continued to support his community. During his childhood, he enjoyed hanging on the beach with his Mother and brothers, and spent many summers with his cousins in East Orange, NJ. His varied interests took him from graduating the National School of Health Technology in Philadelphia, to professional cooking in the casino industry.

Boobie moved to Wilkes Barre, PA where he met his loving wife Heather, in the process of becoming a CNA. Heather and Boobie were married in 2002, and lived together in complete harmony. He was employed at Timber Ridge Healthcare for 20 years where he was a respected leader amongst the staff, and was loved by everyone.

He was an avid Eagles, Tar Heels, and Sixers fan. His favorite seasons were March Madness and Fantasy Football (where he was a champion in both family leagues). He loved playing basketball with his kids, and to those who knew him best, he was an avid horticulturist. He had an undying love for his pets: Taro, Charlie Brown, Ruby, Donnie, and Lily. He also loved his yearly family vacations and enjoyed antiquing in his spare time. Nothing made him happier than spending time with his granddaughter.

He was preceded in death by his mother Claudette and his brother Michael. He is survived by his loving wife Heather, his brother Anthony and fiancé Georgia, his Aunt Edna; his children Brianna, Tyler, Willie, and Claudia, and his granddaughter Aria. He leaves behind a host of loving family members where he grew up as their brother; Roberto, Orlando, Patricia, Diana, Stevie, Mark, and his extended family (Claudette, Troy, Mark, Angel, Meya, and Rev. Overton Jones).

Eugene was a distinct family man who had unconditional love for everyone. His actions, words, and love were always positive and infectious.

In Lieu of Flowers, memorial donations in Boobie's Memory may be given to the Blue Chip Farm Animal Refuge, 974 Lockville Road, Dallas, Pa, 18612.

To send flowers to the family or plant a tree in memory of Willie Wallace, please visit Tribute Store
Wednesday
13
November

Share Your Memory of
Willie
Upload Your Memory View All Memories
Be the first to upload a memory!
Share A Memory
Send Flowers
Plant a Tree