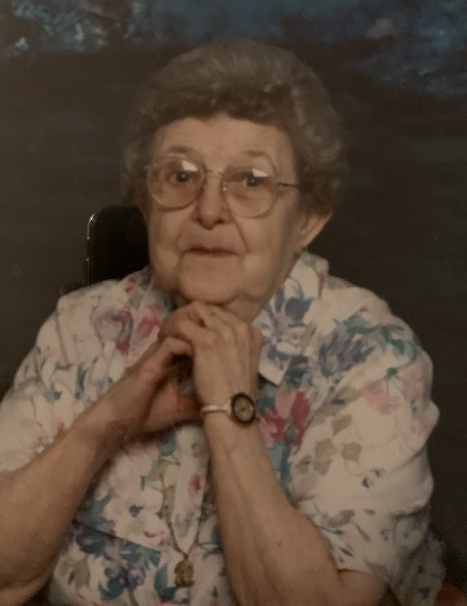 Born on July 17,1924, in Wilkes-Barre, she was a daughter of the late Frank and Mary Matichka Bucknavage.

Anne graduated from James M. Coughlin High School, class of 1942. She then worked at Leslie Fay Fabrics. She started as a seamstress and worked for the company for the next thirty years. Anne left the company as a supervisor when the plant closed. Anne was later employed by the Charles Adams Senior Center in Wilkes-Barre. She became the assistance director for the center for five years until she retired in 2011.

During her retirement, Anne lived in the Washington Square Apartments, Wilkes-Barre, and loved to participate in building activities and games with residence.

She was a member of St. Francis Church, Wilkes-Barre, until the church’s closure; a current member of Saints Peter and Paul Church, Plains Township; and a lifelong member of the I.L.G.W.U.

A visitation for Anne will be held in Saints Peter and Paul Church, 13 Hudson Road, Plains Township on Friday, November 29,2019, from 9:00 a.m. until 10:00 a.m. Mass of Christian Burial will begin at 10:00 a.m. celebrated by Rev. John Lambert, Pastor. Interment will follow in Mount Olivet Cemetery, Wyoming.

Funeral Services in the care of the Yanaitis Funeral Home Inc., Plains Township.

To send flowers to the family or plant a tree in memory of Anne Juzwiak, please visit Tribute Store
Friday
29
November