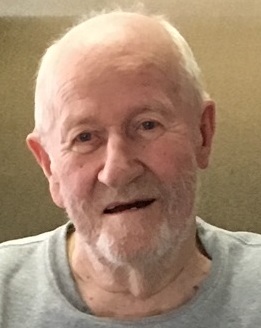 Please share a memory of George to include in a keepsake book for family and friends.
View Tribute Book
George G. Phillips, 91 of Plains Township, passed away at Geisinger Wyoming Valley on April 23, one day shy of his 92nd birthday. He was a resident of Riverstreet Manor, Wilkes-Barre for almost 6 years. George is formerly from Swoyersville, PA family of 5 sisters, Anne, Mary, Sue, Helen and Theresa who was his twin sister and passed away in 2012. He also had 3 brothers, Andy, Michael and John, all deceased. He attend St. Johns School in Luzerne. Started working in New Jersey for Natvar Plastics, next worked for Craft Associates making contemporary furniture for 20 years. Also worked for Pocono Downs Racetrack for 42 years. and Wyoming Seminary for 10 years. He enjoyed playing softball and his favorite sport was bowling. He self taught himself to play the harmonica at the age of 8. He played for all family birthdays and special occasions. He carried it in his pocket wherever he went and would play any song you asked him. George was preceded in death by his wife, Mary of 62 years. Surviving are his children Barbara Hoover, husband Francis Hoover, Trucksville, son Bruce Phillips and wife Judy Phillips, Plains Township, sister in law Flory Albert and husband James Albert, Wilkes-Barre. George and Mary were blessed with 6 grandchildren, Francis, Jr, Adam, Michael, Kristen, Hiliary and Matthew. Also 6 great grandchildren Gianna, Joshua, Jacob, David, Brayden and Sophie. Several nice and nephews James, Jr, Jane, DeDe, carol, Ann, Charles, Diane and Connie. Barbara and Bruce would like to thank the family all the love and support he received. Also would like to thank Riverstreet Manor for the care and support of staff. And last but not least the Team of Doctors, nurses and specialist at Geisinger Wyoming Valley that took care of him during his final days. George will be laid to rest next to his wife Mary in St. John's Cemetery, Courtdale in a private funeral service. Arrangements are in the care of the Yanaitis Funeral Home Inc., Plains Twp.
To plant a beautiful memorial tree in memory of George Phillips, please visit our Tree Store

A Memorial Tree was planted for George
We are deeply sorry for your loss ~ the staff at Yanaitis Funeral Home, Inc.
Join in honoring their life - plant a memorial tree
Services for George Phillips
There are no events scheduled. You can still show your support by planting a tree in memory of George Phillips.
Plant a tree in memory of George
Print
Online Memory & Photo Sharing Event
Online Event
About this Event