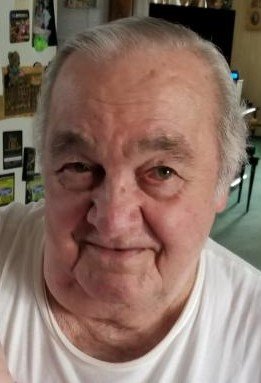 Please share a memory of James to include in a keepsake book for family and friends.
View Tribute Book
James E.“Teddy” Jamieson , 78, of the Hudson section of Plains Twp., passed on Monday, May 4, 2020, at his private residence. He was born on May 30, 1941, in Pittston and was a son to the late James and Marion Parry Jamieson. Teddy grew up in the Pittston area and attended local schools and was a graduate of the Pittston Area High School,class of 1959. Teddy held several jobs throughout his life from pumping gas at the Mitchell gas station and local garages in Pittston, but the one job he loved the best was working for Addy Asphalt and American Asphalt. He worked as a heavy equipment operator for the Local 542 for many years until his retirement in 2004. The guys on Teddy’s crew knew him as a fine operator and enjoyed work with him on different projects. Teddy also enjoyed cooking with his Italian friends from Keystone, going fishing and hunting, especially on Thanksgiving weekend at his cousin Jimmy's cabin along with his family, and friends. You could also find him at home sitting on his back porch enjoying a beer admiring his garden talking with his neighbors and watching the birds. His most important jobs were being a loving husband to his wife of forty two years, the former Louise Sarnick, who passed in 2004, a father to his four children,and a loving grandfather and great grandfather. Teddy was preceded in death by his parents, wife Louise, son Theodore, and his brother Robert. Surviving are his son Ronnie and his fiancee Mary, Falls; daughters Linda and Luanne Jamieson, both of Hudson; sisters Darlene Jamieson, Duryea, and Marion Pantucci, Pittston; grandchildren Stephen J. Davis and his fiancee Jacie, Kingston; Laurissa Davis, Hudson;Sarah Jamieson, deployed in the US Navy; great granddaughters Aaliyah and Alaina Davis, the apples of Teddy’s eye; step grandchildren Samantha, Nathan, Alysha, and Miranda; along with the grand dog Cinnamon; and finally his beloved nieces and nephews. A private funeral will be held at the convenience of his family. James will be laid to rest next to his wife in St. Joseph Cemetery, Hudson. In lieu of flowers, memorial donations can be given to the Ss. Peter and Paul Food Pantry, 13 Hudson Road, Plains Twp. , Pa, 18705. Arrangements are in the care of the Yanaitis Funeral Home Inc., Plains Twp.
To plant a beautiful memorial tree in memory of James Jamieson, please visit our Tree Store

A Memorial Tree was planted for James
We are deeply sorry for your loss ~ the staff at Yanaitis Funeral Home, Inc.
Join in honoring their life - plant a memorial tree
Services for James Jamieson
There are no events scheduled. You can still show your support by planting a tree in memory of James Jamieson.
Plant a tree in memory of James
Print
Online Memory & Photo Sharing Event
Online Event
About this Event