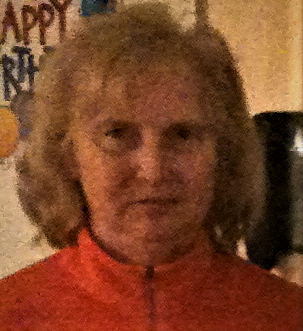 Please share a memory of Julia to include in a keepsake book for family and friends.
View Tribute Book
Julia Marie Elenchik,76, of Orange in Franklin Twp., passed away on Sunday, May 10,2020, at Geisinger Wyoming Valley Medical Center, Plains Twp. from complications of Multiple Myeloma after a long courageous fight. Born on August 19,1943, in Plains Township. Julia was the daughter of the late Michael and Alice Katsock. She grew up in the Plains area and was a graduate of the Plains Memorial High School class of 1961. Julia was married to John Elenchik and they celebrated their 50th wedding anniversary earlier this year. She was employed by Prudential Insurance before taking time off to raise her three children, later she went back to work for H&R Block. She was preceded in death by her parents, son John Michael, and sister Nancy Radzville. Julia is survived by her husband John; daughters Pamela Bufalino and husband James, Duryea; Cyndi Kleinberger and husband Chris, Pittston Twp.; brothers Richard and wife Connie, Long Island, NY; John and wife Vivian, Yardley; Allan and wife Larisa, Laflin; sister Alice Adamski and husband, John, Mountaintop; grandchildren Austin, Andrew, and Alexa. Due to the Covid-19 restrictions a private funeral was held by the family at Mount Olivet Cemetery, services were performed by Father Alco. Arrangements are in the care of the Yanaitis Funeral Home Inc., Plains Twp.
To plant a beautiful memorial tree in memory of Julia Elenchik, please visit our Tree Store

A Memorial Tree was planted for Julia
We are deeply sorry for your loss ~ the staff at Yanaitis Funeral Home, Inc.
Join in honoring their life - plant a memorial tree
Services for Julia Elenchik
There are no events scheduled. You can still show your support by planting a tree in memory of Julia Elenchik.
Plant a tree in memory of Julia
Print
Online Memory & Photo Sharing Event
Online Event
About this Event