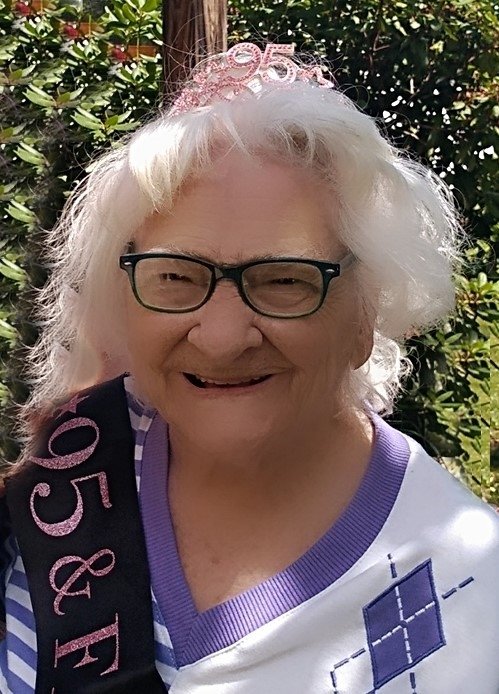 Obituary of Theresa A. Tempalski

Please share a memory of Theresa to include in a keepsake book for family and friends.
View Tribute Book
Theresa A. Tempalski, 95, of the Hudson section of Plains, passed peacefully while in the care of her family at her home on Wednesday, May 20, 2020. Theresa was born on July 18,1924, in the Miners-Mills section of Wilkes-Barre. She was a daughter to the late Enrico and Emma Castellani Brunetti. She attended local Plains Township schools and was a graduate of the Plains Memorial High School, class of 1942. Theresa was employed by the Hotel Sterling as a cashier for several years. She then found employment with Plains Blouse garment factory as a sewing machine operator until she retired after 20 years of service. During this time, Theresa married Alec Tempalski and they settled their new family in Hudson. Together they raised two children Kathleen and Michael. Alec and Theresa celebrated fifty years of marriage together until Alec ‘s passing on June 17, 2001. Theresa was a lifelong member of Saints Peter and Paul Parish of Plains. Recently, she was a member of the Plains Senior Citizens Group, but if you asked Theresa it was the “Old Lady Group” and she was proud of being a member. Theresa filled her time with reading books, putting puzzles together, word searches and enjoyed spending time with her family and her grandchildren when they visited. She would love to share her bag of Chex mix with you while enjoying conversation. Theresa was preceded in death by her parents, her husband Alec, daughter Kathleen Lanza, son-in-law Thomas Lanza; sister Valeria Filippini and brother Bruno Brunetti. Surviving are her son Michael J. and his wife Sheila, Hudson; sister in law Mary Brown , five grandchildren; 10 great grandchildren, and 1 great-great grandchild to be born later this year, nieces and nephews. Funeral services were held privately at the convenience of her family. Theresa was laid to rest next to her husband Alec in Saints Peter and Paul Cemetery. Service was conducted by Rev. Jack Lambert, pastor of Saints Peter and Paul Parish. Arrangements were placed in the care of the Yanaitis Funeral Home Inc., Plains Twp.
To plant a beautiful memorial tree in memory of Theresa Tempalski, please visit our Tree Store

A Memorial Tree was planted for Theresa
We are deeply sorry for your loss ~ the staff at Yanaitis Funeral Home, Inc.
Join in honoring their life - plant a memorial tree
Services for Theresa Tempalski
There are no events scheduled. You can still show your support by planting a tree in memory of Theresa Tempalski.
Plant a tree in memory of Theresa
Print
Online Memory & Photo Sharing Event
Online Event
About this Event