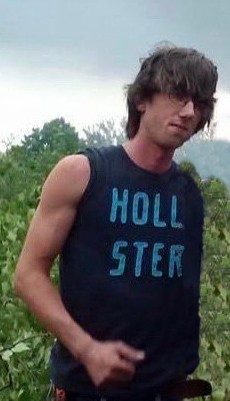 Please share a memory of Ryan to include in a keepsake book for family and friends.
View Tribute Book
Our loving son and brother Ryan Daniel Coffay, 26, of Wilkes-Barre passed on Tuesday, May 26,2020. Ryan was born in Wilkes-Barre on May 11, 1994, he was the loving son of Daniel and Kathryn Wolfe Coffay. He grew up like most boys do, loving sports, playing baseball in the Miners-Mills Little League and participating as a Boy Scout in Pack 100 of Plains Twp. He attended local schools in Wilkes-Barre and was a graduate of James M. Coughlin and the Wilkes-Barre Vocational Technical School in 2013 where he was proud of the skills, he learned to be a mason. He loved being a mason working for Tolmac and Knolton and Sons Masonry, Clifford. The best part of working was working beside his younger brother Ethan, who is also a mason. Ryan loved working while listening to country music, or driving around in his truck just enjoying the company with him. At home Ryan was dedicated to his family. He was dependable and would always be there when you needed him the most. Especially, if it had anything to do with helping to keep the home clean. To mom, he was her Cinder Fellow and dad he was just Ry Guy. He enjoyed going camping and fishing, but he enjoyed spending time playing his PS4 at night with his friends all over the country. He was also a Philadelphia Eagles fan, just to get his dad a little upset sometimes, when they occasionally won. Ryan was also an animal lover especially of his pets Allie, Dexter, and Bentley. We will all have Ryan with us in our hearts. Our memories are the treasures that we carry of Ryan each day, let us never forget him. Ryan was preceded in death by his paternal grandfather Joseph Coffay,10/19/2009, paternal grandmother Mary Ann Coffay, 9/4/1996; maternal great grandparents Mildred and Edward Woytach of Dunmore, and his beloved pet Allie. Surviving at home are his loving parents Daniel and Kathryn, Wilkes-Barre; brother Ethan, Wilkes-Barre; sister Lauren and her companion Steve, West Pittston; nephew Stevie, West Pittston; maternal grandparents Robert and Pamela Woytach, Dunmore; aunts and uncles Bridget and Joseph Ferdinand, Wilkes-Barre; Arlene and Joseph Coffay, Wilkes-Barre; Mary and Steve Fowler, Wilkes-Barre; Michele and John Coffay, Plains; William Adkins, Cincinnati, Ohio; Robert and Serna Wolfe, Maine; Michelle and Dan Sawdy, Milwaukee, Wisconsin; numerous cousins; and his faithful pets Dexter, and Bentley. In lieu of flowers, the family would like to honor Ryan’s life by giving memorial donations to help the cause Somebody’s Someone, 15 North Washington Street, Wilkes-Barre, Pa, 18701. To help remember Ryan come out to the walk on June 27 for information please visit https://www.racemenu.com/events/202965-Somebody-s-Someone-Community-Day-Race-for-Recovery Due to state mandates of attendance restrictions, Ryan’s service will be held privately, however a public service will be held at a later date in the near future. Arrangements are in the care of the Yanaitis Funeral Home Inc. Plains Twp. For online condolences please visit www.yanaitisfuneralhome.com.
To send flowers to the family or plant a tree in memory of Ryan Coffay, please visit Tribute Store
Print
Saturday
27
June