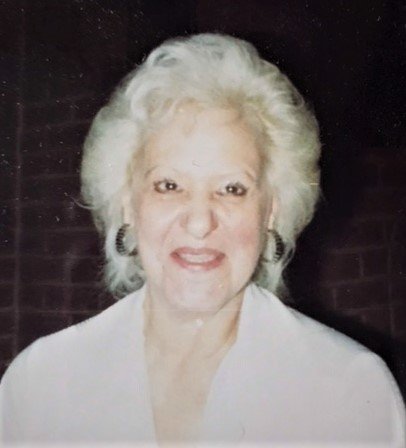 Please share a memory of Lena to include in a keepsake book for family and friends.
View Tribute Book
Lena L. Sedler (Sedli) Schoenberger, of Bethlehem, passed away on June 16,2020, at the Manor Care, Bethlehem. She was 89. Lena was the 12th child of the late Andrew and Theresa (Hodi) Sedli. She was the former wife of the late Thomas O. Schoenberger. Lena was preceded in death by her 5 brothers: Joseph, Peter, Andrew, John, and Michael, and by her 6 sisters: Mary, Anna,Theresa, Elizabeth, Cecelia, and Catherine. She was also preceded in death by her daughter Darlene M. Rau. Lena worked as a sewing machine operator, a manager at the Bethlehem Police Social Club and as a waitress, most recently at the Top Diner. She loved to go dancing and socialize after work. She adored her cat Mokosh. Lena is survived by daughter Cindi L. Wetzel and her husband David, son Guy T. Schoenberger Sr. and wife Maryann, and daughter Janet K. Beller, 9 grandchildren, and 14 great grandchildren whom she loved dearly. A private memorial will be held at a later date by immediate family only. Arrangements are in the care of the Yanaitis Funeral Home Inc., Plains Twp.
To plant a beautiful memorial tree in memory of Lena Schoenberger, please visit our Tree Store

A Memorial Tree was planted for Lena
We are deeply sorry for your loss ~ the staff at Yanaitis Funeral Home, Inc.
Join in honoring their life - plant a memorial tree
Online Memory & Photo Sharing Event
Online Event
About this Event

Look inside to read what others have shared
Family and friends are coming together online to create a special keepsake. Every memory left on the online obituary will be automatically included in this book.
View Tribute Book
Services for Lena Schoenberger
There are no events scheduled. You can still show your support by planting a tree in memory of Lena Schoenberger.
Plant a tree in memory of Lena

Share Your Memory of
Lena
Upload Your Memory View All Memories
Be the first to upload a memory!
Share A Memory
Plant a Tree