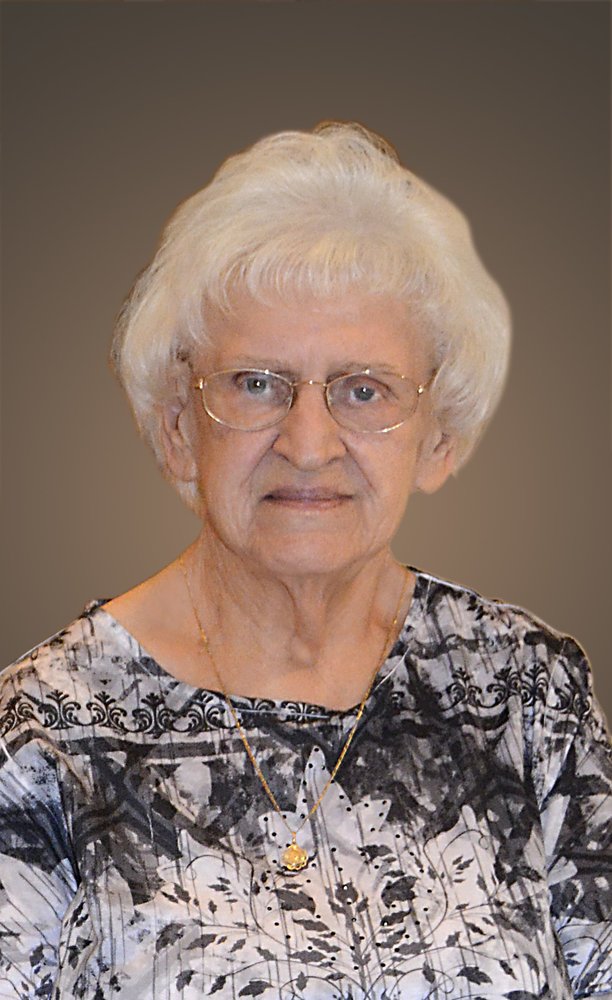 Please share a memory of Victoria to include in a keepsake book for family and friends.
View Tribute Book
Victoria Garwacki entered into eternal rest on August 21, 2020. She had been a resident at the former Little Flower Manor at the time of her death, but lived in the Miners Mills section of Wilkes-Barre for most of her life. Victoria was born on September 5, 1927, the youngest child born to the late Peter and Sophia Rupacz Garwacki. She was a graduate of Coughlin High School, and worked as a seamstress prior to her retirement. Afterwards, she was a volunteer at various nursing homes, praying the rosary with the residents. Victoria was a devout Catholic and life-long member of SS Peter and Paul Church, Plains. She was very proud of her Polish heritage, and according to one of her great-nephews, she was the Polish-American woman most proud that a Polish cardinal became pope. Vicky is survived by her sister, Helen Krenzer, of Baltimore, Maryland. She was predeceased by her brothers, John and Matthew, and her sister, Josephine Popielarski. Also preceding her in death were three nephews, Edmund and Joseph Popielarski, and Raymond Krenzer; Edmund’s wife, Patricia; and a great-nephew, Paul Popielarski, to whom she was especially close. Cioci Vicky is also survived by her local nieces, Maryann Popielarski Mengak (Edwin) and Elizabeth Popielarski Zurek (Mark), both of Mountain Top. Josephine’s children grew up across the street from Cioci, and she was devoted to us all her life. We treated her house as an extension of our own. When we were children, she took us swimming and to the movies, on downtown shopping trips with lunch at the Spa, on bus trips and so much more. Cioci became a second mother to us after our mother died in 1979. As long as she was able, her house was the gathering spot for holiday celebrations, where she treated us to Polish meals and desserts. She taught us to make piggies and pierogi, but, alas, not her delicious chrusciki. Cioci took on the role of mother of the bride at the weddings of both Betsy and Maryann. Cioci will also be missed by her niece-in-law, Teresa Popielarski, and Josephine’s grandchildren: Maria Mengak; Mark, Maximillian and Jo Anna Popielarski; Alison Hart; Jennifer, Mark and Michael Zurek. Other survivors include the descendants of her brother, Matthew, and of her sister, Helen. Funeral services will take place on Wednesday, August 26 at 10:30 AM at SS Peter and Paul Church, 13 Hudson Road, Plains. Interment will follow at the parish cemetery. Visitation will be held in church prior to mass starting at 10:00 a.m. In lieu of flowers, memorial contributions can be made to SS Peter and Paul Church, or to the Shrine of Our Lady of Czestochowa, 654 Ferry Road, Doylestown, PA, 18901. Funeral Arrangements are in the care of the Yanaitis Funeral Home Inc., Plains Twp.
To plant a beautiful memorial tree in memory of Victoria Garwacki, please visit our Tree Store

A Memorial Tree was planted for Victoria
We are deeply sorry for your loss ~ the staff at Yanaitis Funeral Home, Inc.
Join in honoring their life - plant a memorial tree
Online Memory & Photo Sharing Event
Online Event
About this Event

Look inside to read what others have shared
Family and friends are coming together online to create a special keepsake. Every memory left on the online obituary will be automatically included in this book.
View Tribute Book
Services for Victoria Garwacki
There are no events scheduled. You can still show your support by planting a tree in memory of Victoria Garwacki.
Plant a tree in memory of Victoria

Share Your Memory of
Victoria
Upload Your Memory View All Memories
Be the first to upload a memory!
Share A Memory
Plant a Tree