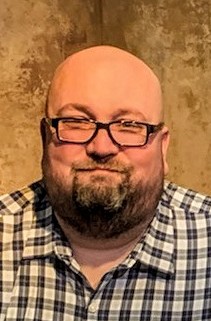 Please share a memory of James to include in a keepsake book for family and friends.
View Tribute Book
James Joseph Bonczek Sr., 46, of Plains Township, formerly of Freeland, unexpectedly passed away on Wednesday, September 2, 2020, in the Wilkes-Barre General Hospital. Born on September 28,1973, James was the only child of Joseph and the late Martha Sluck Bonczek. James was raised in Freeland and attended local schools and graduated from Freeland High School, class of 1991. He continued his education at Penn State pursuing a degree in computer science. Upon completion of his education, James was employed by Quad 3 group in CAD work and was later promoted to work in the I.T. department of the company. James later found employment with Barry Isett and Associates as the I.T. manager. He was the “go to guy” for any computer related problems for the last fifteen years. During this time, James married Mary Jo Hasaka on June 19, 2004. Together the couple started their family raising four children: James, Luke, Connor, and Grace. James was an amazing husband and an even better father. He loved to travel with his wife and children. He enjoyed spending time with his children and taking them individually for breakfast or off on little trips to show each was important to dad in their own way. At home, James loved technology and what the future would hold. He was also a fan of all the sports teams from Massachusetts: The New England Patriots, The Boston Celtics, and the Boston Red Sox. He was also faithful to his alma mater and was a Nittany Lion Fan. James was an avid Star Wars fan and passed the enjoyment of the stories to his children. James treasured spending time with his family, whether it was driving two hours for a slice of pizza, or staying at home manning the grill to cook up something delicious, James was happiest with his family by his side and in his heart. To all his friends, James was known as “Hambone”. He was a great friend to many and will be missed by all. James was preceded in passing by his mother Martha. He is survived by his wife Mary Jo; sons James, Luke, Connor; daughter Grace, all of Plains Township; his father Joseph, Freeland; father in law Thomas Hasaka and mother in law, Theresa Hasaka of Plains Twp, and extended family. A Memorial visitation for James will be held on Tuesday, September 8, from 6:00 p.m. to 8:00 p.m. at the Yanaitis Funeral Home Inc., 55 Stark Street, Plains. Service will follow CDC and State Guidelines and all attendance are asked to wear a mask for visitation. Thank you. In lieu of flowers, memorial donations can be given at the funeral home to his family to be later used for education costs for his children. https://www.gofundme.com/f/zjfqwp-jim-bonczek-memorial-fund Words of condolence to the family or for directions to services, please visit www.yanaitisfuneralhome.com.
To send flowers to the family or plant a tree in memory of James Bonczek Sr., please visit Tribute Store
Print
Tuesday
8
September